K2 Base Camp is our most extreme and challenging trek yet, so get ready to put your endurance to the test. This 23-day trip to the base camp of the world?s second-highest mountain includes 14 full days of trekking and the opportunity to explore Islamabad, Skardu and Askole.

Join the team in June 2022 for one of the most legendary hiking adventures on the planet.

You'll fundraise for our Emergency Response Appeal. When disaster strikes, the worlds poorest people are the ones who struggle to survive.

Penny Appeals Emergency Response teams are always quick to act in times of crisis, delivering aid on the ground to those in need within days, sometimes even hours. Our Emergency Response appeal allows us to help those poor people heal and rebuild lives after catastrophes like war, famine and natural disasters.

The funds you raise are absolutely critical in our ability to act fast during a crisis!

War, famine, disease, poverty and climate change have immobilised communities all over the globe, leaving millions of our brothers and sisters in dire need of disaster relief. With your support, Penny Appeal can quickly and efficiently provide them with the help they need to survive.


Our teams are currently providing disaster response and support in:

- Syria, where 60% of hospitals are closed and 70% of all people need urgent humanitarian aid.

- Lebanon, where more than 300,000 people have become homeless due to the explosion in Beirut.

- Turkey, where Uyghur and Syrian refugees are battling to survive.

- Yemen, which is experiencing the worst famine the world has seen in this century.

- Palestine, including Gaza, where people are living amongst terrifying conflict.

- Pakistan, where record-breaking monsoon rains and flash floods have devastated communities in Sindh.

- East Africa, supporting people from areas affected by the famine, such as Somalia, South Sudan, Ethiopia and Kenya.

- Mozambique and Malawi, where 1.8 million people have been devastated by Cylone Idai.

You can help us deliver life-saving medical aid, food, clothing, sanitation and shelter to those who've been left incredibly vulnerable by making a donation today!

1 posts
No posts yet
Close

K2 Base Camp Challenge has received a donation, donate to this cause to help reach the fundraising target!

Uh-oh... looks like your session has expired. Please refresh the page. 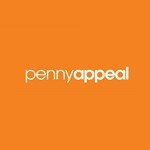 Penny Appeal makes charity affordable and rewardable. We work in 30 crisis-hit countries, providing life-saving aid to the poor and needy to help alleviate poverty and transform lives for just pennies per day. Your small change can help us make a big difference – every penny really does ... Read More

Top fundraisers for this cause

Register now
K2 Base Camp Challenge
Take on an adventure into the Karakoram from the 12th June - 5th July 2022! K2 Base Camp is our most extreme and challenging trek yet, so get ready to put your endurance to the test. This 23-day trip

You are about to remove the message and all replies. Do you want to proceed?